This concert places a new Missa Brevis by Alastair Borthwick in the context of 16th-century English sacred music, with works by John Taverner, Thomas Tallis, and William Byrd. Music both ancient and modern is interspersed with readings in Old and Middle English that relate to the Latin text of the Mass, painting a broader picture of the world out of which musical Mass settings emerged.

is an elite vocal ensemble specialising in presenting the music of the European Renaissance alongside new music by diverse voices in the present day. Recent engagements include a tour of Spain (2022), Brighton Early Music Festival (Young Artists 2021-2022), Ryedale Festival (2020, 2021), and The Royal Opera House, Mumbai (2020).

Alastair Borthwick is a composer and musicologist based at the Canterbury Christ Church University (UK), where he is a professor and Head of the School of Creative Arts and Industries. He originally trained as a physicist at Imperial College London while studying composition privately with John Lambert at the Royal College of Music. Music soon became the main focus of his activity, and a PhD in music (funded by the British Academy) from King’s College London followed.

His compositions include music for soloists, instrumental ensembles, choirs and orchestras, which have been performed across the UK and Continental Europe, Turkey, China, Hong Kong and the USA. Commissions have been funded by organizations including Arts Council England, Performing Rights Society, and Beijing Modern Music Festival. They have ranged from concert to liturgical and film music. His liturgical music has been performed in the USA and in various churches across the UK. His published musicological work includes writing on music theory and analysis, music and theology, and British music since 1945.

Anita Datta is a conductor, organist, and soprano particularly known for her work with voices. She is founder and Artistic Director of The Swan Consort. A former Organ Scholar of Sidney Sussex College, Cambridge, she has held various liturgical and educational positions across the UK. She is an alumna of the Women Conductors programmes of the Royal Philharmonic Society and the Royal Opera House, and currently holds a scholarship in Orchestral Conducting at the Royal Welsh College of Music and Drama. Born in East Yorkshire into a multi-faith and multicultural household, Anita is a champion for cultural change in the Western Classical Music sector at large. She sits on the board of English Touring Opera and the National Centre for Early Music, and is a Doctoral Candidate in Social Anthropology at the University of Durham. 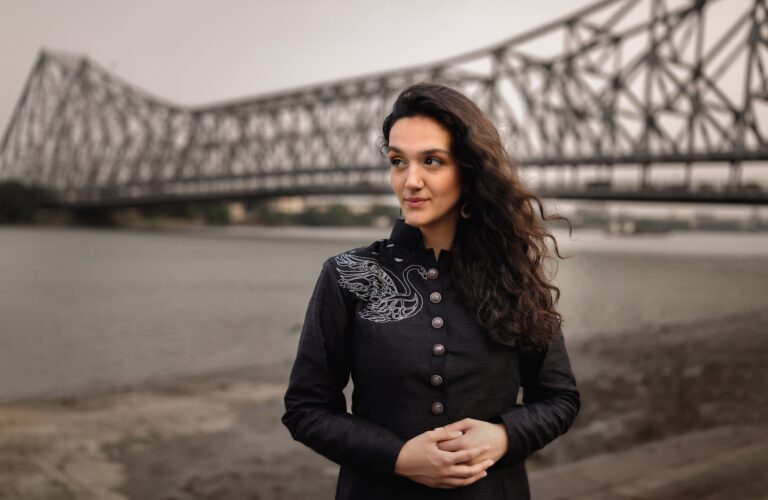 Note from the Artistic Director

Contrapunctus” is not a word that would have been familiar to vernacular speakers in Ancient Rome; it was invented at a much later point of time to refer to the art of layered melodies creating polyphonic or fugal textures, particularly in a sacred music context. In a similar way, Alastair Borthwick’s Missa Brevis is not the High Latin Mass of 16th century Europe, but rather emerges from the context of the motet writing of that era. We are delighted to present this new work alongside some of the most wonderful works of the Tudor English sacred music repertoire.

We begin the programme with Taverner’s setting of the Third Responsory for Easter Sunday, Dum Transisset Sabbatum. The text describes Mary Magdalene, Mary mother of James, and Salome’s coming to Jesus’ tomb at sunrise to anoint him with sweet spices. Taverner’s rising intervals and golden harmonies paint the dawn: his retention of the plainsong between iterations of the “Alleluia” foreshadow Borthwick’s use of plainsong-like motifs as a melodic device in the Missa Brevis.

Byrd’s Vigilate is a masterclass in the construction of sonic landscape, traversing the emotional and atmospheric range of the text and demanding virtuosity of the performers as it does so. Notice the tender settling harmonies of “sero, in media nocte” (“in the evening, in the middle of the night”), contrasted with the almost comically proud “an gallicantu” (“at the crowing of the cockerel”) and the haughty insistence of “quod autem dico vobis, omnibus dico” (“and what I say to you, I say to all”).

After Borthwick’s Gloria, the sequence enters a more meditative mode. In Ieiunio et fletu,
Tallis makes striking usage of repeated notes and tones, as if in an intonation, both invoking the
priests in the narrative of the text and creating a sobbing effect within the harmonic resonances. Prayers or text intoned on a single note, as in the very earliest Christian and Jewish plainsong traditions, creates the musical effect of a drone, with the words throbbing in a measured adaptation of the natural speech rhythm. The legacy of this ancient musical tradition appears prominently in Borthwick’s setting of the Credo, while the shorter Sanctus and Agnus Dei are anchored around more familiar chordal harmonies than the earlier expositions. We finish with the Byrd’s explosive setting of Psalm 120, Ad Dominum cum tribularer. It exemplifies in glorious eightpart polyphony the power of a style of writing that showcases the individuality of outstanding voices, whilst raising them further to a level that is greater than the sum of their parts.

Note from the Composer

A characteristic of much of my music involves shifting between styles, usually signified harmonically, but in a manner that is contained within a range of techniques that provide an overarching coherence. For instance, triads such as C, F, B – which obviously fall within a tonal or modal space – are also central to a lot of atonal harmonies. I often use such chords as a way of mediating between harmonic worlds. Similarly, the idea of voice exchange, so important in tonal music, is used in a very generalised way so that similar voice-leading patterns can be present in very different harmonic contexts. You will often hear a note sounding against another note that, in tonal common practice, would be the note of resolution. And when the note resolves linearly, it swaps places with the note of resolution against which it was sounded in the first place (usually at a different octave register). These false resolutions are mostly combined with linear patterns in the music and in this sense harmony arises out of the individual lines, rather than being chordal in a way that can be isolated from the linear context. Such techniques find parallels in some of the Renaissance music within which the new Missa Brevis is immersed (e.g. false relations arising out of linear patterns), albeit in a more generalised way. But the techniques used also reference earlier musical styles too. While Renaissance composers distanced themselves from the organum style of earlier generations, for instance, for me parallel movement of any interval arising from lines that are independent in other respects is normal, as long as they are part of a general intervallic mix.

Writing with reference to the English choral tradition (and that of its roots) appeals to me in a number of ways. The texts set can be responded to in a wide range of expressive and technical modes that cover over 600 years of music, a kind of musical time machine. Indeed, in the shadow of so much polyphonic perfection the range of expressive signifiers available now is probably the main reason for writing music of this kind. But other reasons include re-thinking the emphasis given to particular words, which can inflect the meaning of the text overall. Consider how different settings over the centuries have responded to the word Gloria in comparison with the word Deo: this was certainly something I reflected on in my setting of the Gloria. Another reason for engaging with these texts might be their re-structuring in a setting to suggest a particular interpretation, as evinced by the texture used in the Credo. Just how this works is something best listened out for, rather than described.

Note on the Texts

The texts chosen in support of this programme reflect the harmonic union of the music. When we speak of “referencing the past” we acknowledge its ongoing presence: as the techniques in the Missa Brevis absorb and rearticulate those found in early music, the texts show a similar mediation between worlds. Rather than rejecting in their entirety the pagan art forms dominating pre-Christian Europe, we witness a fascinating interplay between the two cultures.

In almost any medieval church you need only turn your head upwards to discern little Green Men peering out through the stone foliage. The glorious motets composed for Christian worship abound with strains of Late Medieval European folk music: they can be especially heard in Byrd’s Vigilate with the ascending “cock crow” motif at “an galli cantu”. Yet nowhere is this union better exemplified than in the literature of the High and Late Middle Ages. By absorbing the vivid tales of the Celtic Britons, even the most chivalric Romances sing out in celebration of the life and fertility at the heart of our most primal forms of worship.

Thank you for joining us today. Please keep in touch with us by following us on social media, and signing up to our mailing list to receive information about future performances.

HAVE A QUICK QUERY